“Hurricane Mitch caused a lot of sadness in our homes. Many families had no food, people were sick, some were mourning lost ones. But beyond the crisis it also moved hearts and confirmed that with solidarity and unity among families and communities, we could move on with optimism. This event also made us reflect on the damage that we do to nature and how today we should value, and we are increasingly valuing, our environment. We do this by protecting forests and our water supply and by ensuring our livelihoods through agroforestry and responsible agriculture.” 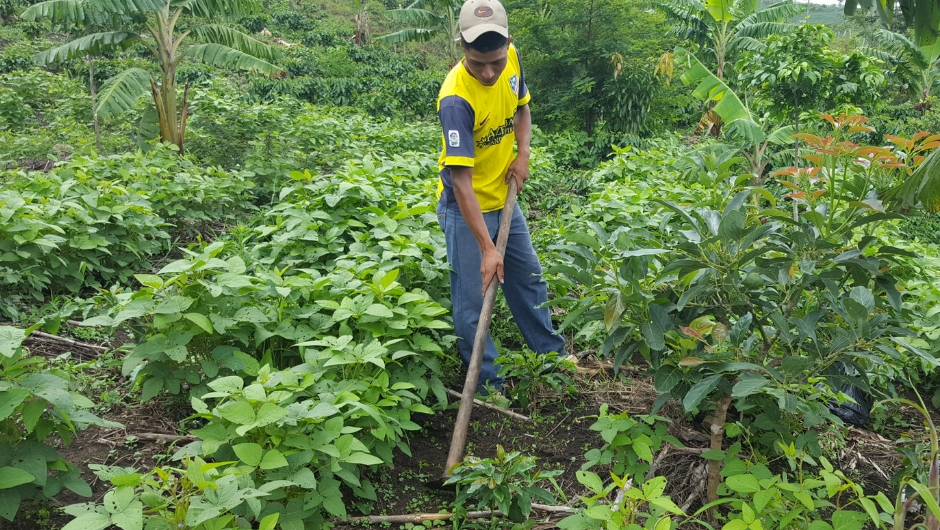 “In Victoria, Yoro, we lost one community located 60 feet from the Tepemechin River. Thankfully, no one died. Community members and others learned from that experience: no one re-built next to rivers, much less on hillsides or places that are vulnerable to landslides.

“Before Mitch, 90 percent of farmers in Victoria, Yoro did not use chemical fertilizers. We farmed coffee varieties that were designed for natural conditions with good soil quality. As Mitch washed away the rich soil, these coffee varieties were no longer viable. With the hopes of addressing the food crisis produced by Mitch, outside programs introduced hybrid varieties. On the one hand, farmers were adapting to the new environment, but on the other they were now dependent on purchasing the hybrid varieties, leaving them with little profit margin. The winners were the store owners who sold the new varieties to the now-dependent farmers.

“We believe our organization orients producers to learn from mistakes of the past. Before, it was common to cut down the forest and grow crops on hillsides. Now we accumulate organic material in coffee farms to prevent future landslides.”

“We heard about countless losses from organizations, families, and individuals. Our organization, CDH, lost the entire contents of our regional office in southern Honduras. One person in our organization lost a cattle ranch that employed several local people. Mitch destroyed a family business of another. Many families were unable to recover from the losses and were forced to find another livelihood.”

“Although our organization did not exist at the time of Mitch, the communities where we work lived through it and even witnessed the change in the course of the Cangrejal River. Today, we are working on emergency plans for three areas on the north coast that were severely affected by Mitch.”

“I remember that there was very little warning about Mitch. Now we have an early warning system, but back then we didn’t. The wind was howling, it was deafening. The rains flooded the whole country and destroyed almost all the country’s infrastructure. In the immediate aftermath, there was a smell of death. Everyone in the capital wore masks. Of the almost dozen highways to get in and out of the capital, there was only one still standing after Mitch – ironically the oldest one, built years and years ago. So the whole country was cut off. There were helicopters everywhere to transport food and other items. A few days after Mitch, the well-liked mayor of Tegucigalpa was viewing the devastation when his helicopter crashed and he and several other high-level people died. As if Mitch wasn’t bad enough, now the person who had embodied our little remaining hope had perished. It was tragic. But the government called everyone to action: for six months everyone was told to work on immediate disaster relief. No matter what your profession, education, or class, no one went to a regular job. Everyone worked in shelters, delivered food, or did anything that was needed. I was in college studying biology at the time and I was sent on approximately 10 helicopter missions to deliver food around devastated parts of the country where people were desperate and hungry. It was a moment in our history of great solidarity.

“For at least a year, we ate only food that was donated by other countries. And for three years, we had little or no agricultural production. The soils were totally washed away and it took that long to recover any soil fertility. Recently, we had several days of rain that were reminiscent of Mitch, and it showed that we still have work to do in disaster prevention and risk management, and particularly garbage management. The large amounts of uncontained garbage dam up the outflows and cause flooding in urban neighborhoods.”

“Mitch produced a landslide in the middle part of the Puca Mountains, which created a dike in the Suptal Creek. The creek overflowed its banks, flooding the urban center of Las Flores. This event caused alarm among the population; they wanted to know the origin of this natural phenomenon. The local authorities, together with the population, designated a commission to investigate the cause. They determined that the deforestation caused by clearing for agriculture coupled with the intense rain saturated the soil, producing a collapse of the soil until it gave way. As a result of Mitch and the effects on the Puca Mountains, 28 communities established the Puca Community Foundation, with the objective of protecting and conserving the Puca Mountains through a land regulation process and community monitoring.

“Threats are ever-present in the park. That is part of the reason we are now taking actions that contribute to conserving and protecting this important area, by strengthening local organizations, using participatory processes to redefine the park boundaries, and adapting to changing weather patterns.”

“We have two histories:  pre- and post-Mitch. The vulnerability of families and communities has not declined since Mitch for several reasons: post-Mitch efforts focused on emergency assistance and not on ongoing disaster prevention; land tenure policies prevent the scaling up of a sustainable agriculture production model that focuses on soil protection and vegetation cover as a way to reduce or avoid drought and flooding; and natural disasters are cyclical.” 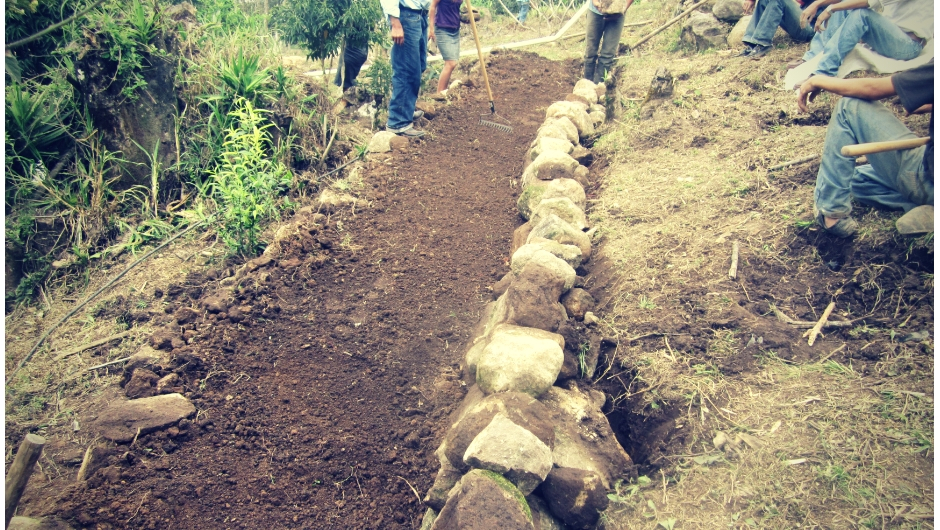 “The country was left like a window broken in a thousand pieces. Small and big bridges were destroyed, landslides obstructed roads, and even highways with strong pavement sunk into rivers. Many families lost their properties. Today we are still affected by Mitch; there is infrastructure that is still destroyed. Instead of decreasing, the levels of vulnerability are increasing.

“We are still vulnerable because we work on small responses to deal with problems, but we don’t have a structure to work on disaster prevention and mitigation. There is a Municipal Emergency Committee that is responsible for organizing and training local emergency committees, but there are no community-level mitigation plans. When these threats come, there is no community response. We are developing ways to deal with mitigation and adaptation to changing weather patterns and creating resilient communities by reducing the use of chemicals for agricultural production, establishing agroforestry systems, recovering the vegetation cover of soils, and strengthening communities.”

“There is an early warning system for floods and droughts, local and county-level organizations for emergencies, and some advances in laws to address climate risks. However, some public policies have exacerbated the vulnerability of some areas.

“Community groups are talking about the effects of changing weather patterns, bringing awareness about the topic and promoting agroecology as a strategy for resilience and adaptation. Efforts are also being made to promote natural resource conservation, and to diversify farming systems, conserve soil, water, promote native seed conservation, and plant climate-adapted crops.” 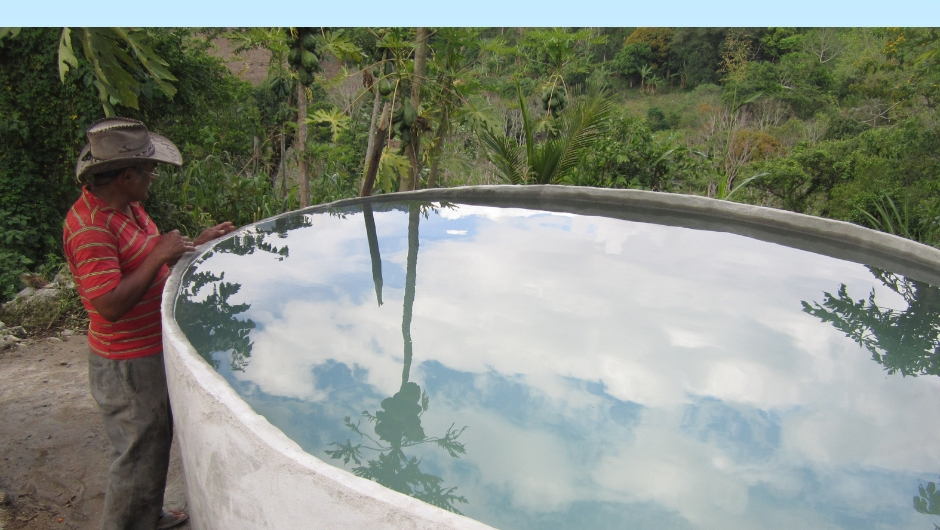 Reflections on the 20th Anniversary of Hurricane Mitch

A Focus on Gender at the Grantee Exchange

Generosity at the Grassroots