“Peacebuilding” sounds like something governments do by signing a treaty or accord. But in reality, it’s often individuals who do the daily work of building peace in post-conflict areas. It begins with small actions that inspire and engage communities—actions as seemingly basic as cleaning up public spaces.

Our grantee partner Asociacion de Jovenes Pro Arte en Armenia (JOPROAR) is a youth-led nonprofit that has been reclaiming public spaces in order to build peaceful communities in El Salvador, a country with one of the highest murder rates in the world.

Since El Salvador’s brutal civil war (1980–1992), which resulted in almost 80,000 dead, the country has struggled to address chronic poverty and violence. The municipality of Armenia is among the most dangerous. This context makes it difficult for neighbors to trust each other or work together for common goals, because they can’t even safely gather in public to build a sense of community. In particular, they view young people with suspicion as potential gang members.

That is why safe public spaces are key, especially for young people. Saul Escamilla, a project coordinator for the JOPROAR, noted that while rehabilitating public spaces may seem insignificant to an outsider, it provides “a space of coexistence, where youth can meet to discuss and search for solutions to their problems.”

And JOPROAR’s approach to reclaiming public spaces resonates particularly well with young people because it focuses not only on leadership workshops and microenterprise training but also on direct action. In fact, the organization has attracted twice as many young participants during its IAF grant as it originally projected. The young JOPROAR participants choose a piece of a neighborhood to take back for their community: a single block, a public plaza, or a park. They engage with neighborhood associations and the municipality to discuss the security situation of the space and what they plan to do. If needed, they might bring in the police to be able to gather in and rehabilitate the space. During rehabilitation, youth clean up debris and repaint the space, adding tables, benches, and stages. They also construct speedbumps, ramp access for people with disabilities, and areas for playing sports like soccer and basketball. Then they invite the neighborhood to join them in a public celebration of their new space. Finally, project participants get matching T-shirts and hold fairs with live music and refreshments, selling products from their microenterprises.

What does this represent for the young people involved? By going through all of these steps, the young people are learning the skills they need to be active citizens and seeing how, step-by-step, they can change their environment. They’re meeting the representatives of local government, connecting with police in a positive way, and seeing how institutions can work for them. Many of these young volunteers go on to participate actively in further volunteer efforts, community forums, and consultative spaces with local government. And their neighbors see young people not as possible delinquents but as productive and civic-minded community members. It’s a transformative moment that changes young people’s attitudes, and people’s attitudes towards young people.

Thanks in part to efforts like JOPROAR’s, Armenia is known locally not only for its violence but for its artistic production, and the young people leave the mark of their creativity on the neighborhoods they reclaim. In one of their festivals to celebrate the triumphant reopening of a plaza a few years ago, young JOPROAR participants rapped about their commitment to peace, positivity, and a better community (excerpt below):

Let’s leave the inequalities behind.

And stop thinking only about yourself.
Inside you there is fear that you must fight.
There are always people who support you until the end.
It was visible in the dream of those who persist:
a reality that for so many still looks sad
in my country with colors and flavors of joy,
beautiful women and landscapes that are poetry.
Carrying my feelings because my voice is always free
I wrote many lines: I grew up here.
I saw how utopia is born in wordless smiles.”

(Full text is available below, both in the original Spanish and translated English.) 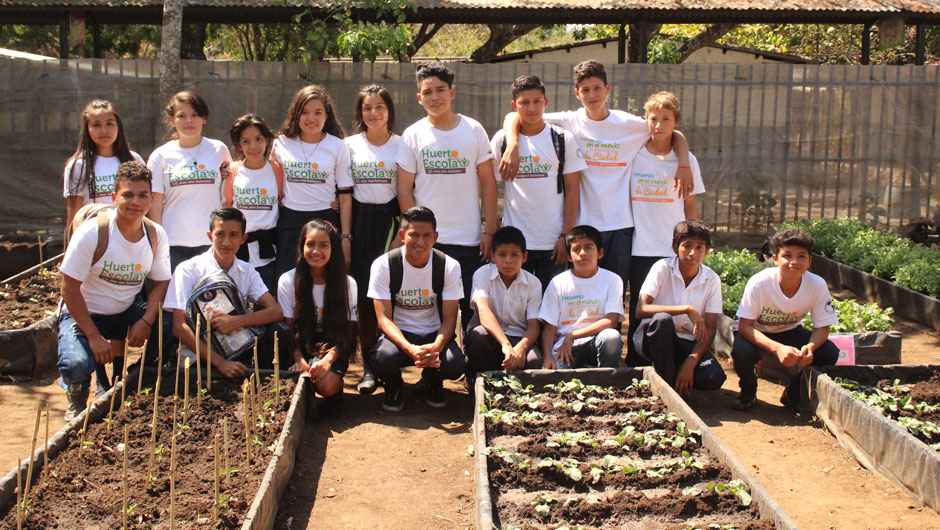 By creating clean, beautiful public areas that serve as spaces for people to interact, JOPROAR is making it possible for citizens to meet, discuss, and implement solutions to community challenges. Local ownership is a defining part of JOPROAR’s rehabilitation programs and the broader mission of the IAF. Saul credits the positive reception and successes of the public rehabilitation programs to their focus on self-management, stating, “JOPROAR doesn’t arrive in a community and say ‘these are the problems and these are the solutions.’ We analyze problems with the participation of the community.” The small action of collaborating to improve public spaces encourages active citizenship and political participation in community development. In areas of insecurity, small goals and actions towards peace contribute towards positive change even after decades of violence. 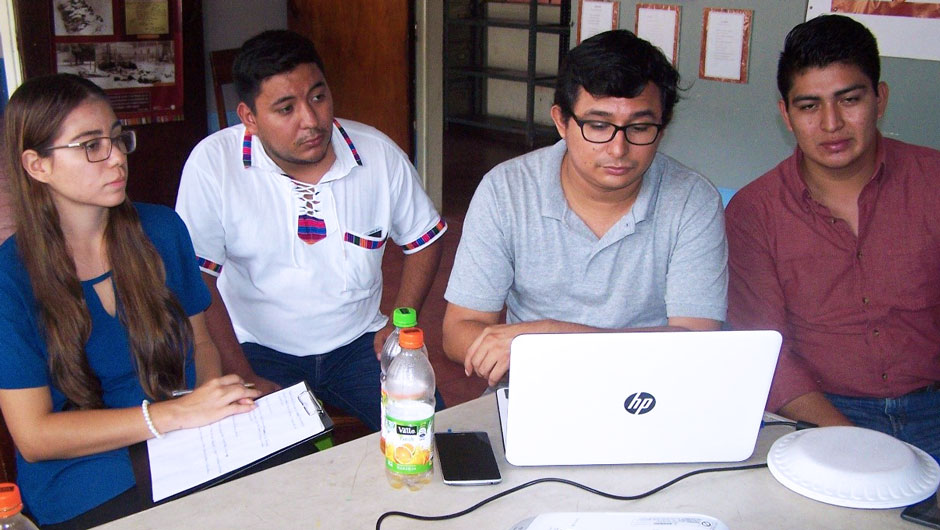 What my homeland needs…

Between hard places and victories we lead the way
Light, darkness, good people who offer you friendship.
Don’t fear your dreams. They’re the most valuable thing we possess in this life.
Many goals to achieve in this life of virtue.

Children, mothers and fathers… let’s go on singing, youth, because if we move forward together, if together today we say,
confirm your devotion to this land with a smile on your face.

Countries want peace and more… With whistles they provoke us.
Art is destroyed but always smiling,
making of my days an eternal poem.
And don’t stop this notion, don’t stop this song.
As much as you want to quiet the sad truth that without love, there is no inspiration.

[Chorus]
Dreams I want to achieve
With my hands up, I keep saying to see for yourself
A goal is an attitude, a word to the heart
A cry from youth… love is a reason.

A feeling, a story that carries the best memories of the people who wait
You will not find barriers great enough to stop the momentum of your ideas
Our goal isn’t fame. Talent is earned with perseverance in expressing your message.
My message is easy: always keep going. Let’s leave the inequalities behind.

Let’s open doors, minds. And stop thinking only about yourself. Inside you there is fear that you must fight. There are always people who support you until the end.
A firm smile, a look with love, the key factors that provoke devotion, inspiration in your heart.

It was visible in the dream of those who persist: a reality that for so many still looks sad
in my country with colors and flavors of joy,
beautiful women and landscapes that are poetry.
Carrying my feelings because my voice is always free

I wrote many lines: I grew up here. I saw how utopia is born in smiles without words
A voice, a promise that doesn’t even let us think.
This land of my childhood that I cannot forget. That’s why I sing with force and will.
It’s art, it’s youth, it’s a very simple sound, turning my days into a chorus.

The COVID-19 pandemic has worsened pre-existing inequalities experienced by vulnerable groups. Our grantee partners have found that increasing access to technology helps address these issues, connecting people to jobs, education, and social support.

Partnering to Respond to the COVID-19 Crisis

In the wake of COVID-19, we have broadened our alliances with current partners to help at-risk communities adapt and recover. We have also identified promising new private sector partners and funding opportunities to scale our efforts even further.