Native to the deep tropical regions of Central and South America, cacao was a special product even before Europeans arrived on the continent. The Maya loved cacao, and the word itself comes from the Mayan word “KaKaWa.” According to Mayan tradition, their god Kukulkan (“Feathered Serpent”), one of the most important gods in Mesoamerica, provided cacao to the people after human creation. The Aztecs have a similar story, but their god Quetzalcoatl came from the sky to give them cacao.

Today the beans of the cacao fruit are known as the source of chocolate, but throughout Mesoamerica in pre-Colonial times the cacao bean was so valuable it was used as a form of currency. The indigenous peoples in the region ground the cacao beans and added water in order to make a drink that stimulated and refreshed.  The Mayans called the drink “chocolhaa” (“bitter water”) and Aztecs called it “Xocolatl.”  From those words eventually evolved the word “chocolate.” Cacao was used in special celebrations such as those for funeral rituals, war, or harvests.

Spanish explorers began returning to Europe with shipments of cacao, but cacao’s journey did not stop there. It not only conquered European palates but also reached other continents, and it started to be produced in other tropical regions across the world. 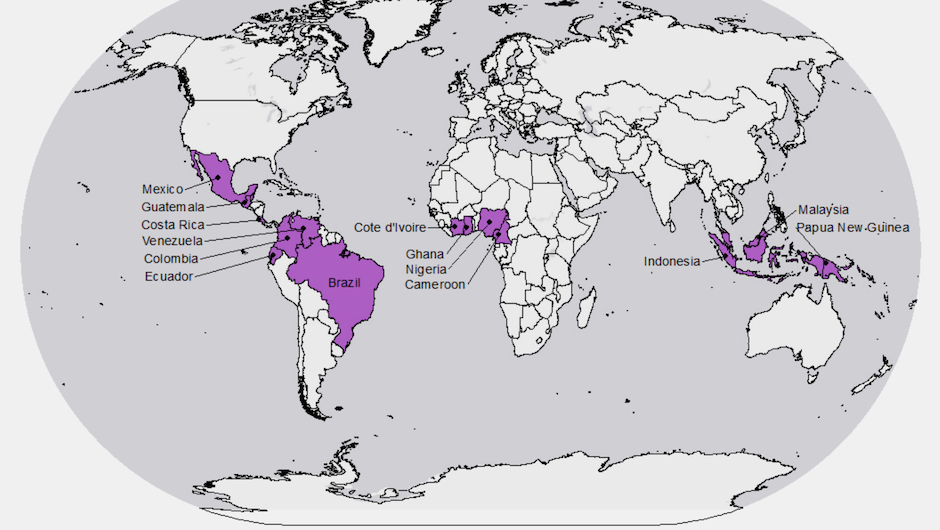 The recent popularity of dark chocolate, with more cocoa and less sugar, in fact has a long tradition. The Mayas gave it to their warriors for its health benefits and to stimulate them. Nowadays we know that cacao beans have polyphenols with antioxidants and anti-inflammatory properties, and that darker chocolate is better in terms of health.

So while consuming a box of chocolates will not improve your health, moderate consumption could help, and have a great effect on your mood as well. That is due to the phenethylamine contained in the chocolate that produces a mild euphoric effect. If we want to increase the physical benefits, the more pure and organic the better. 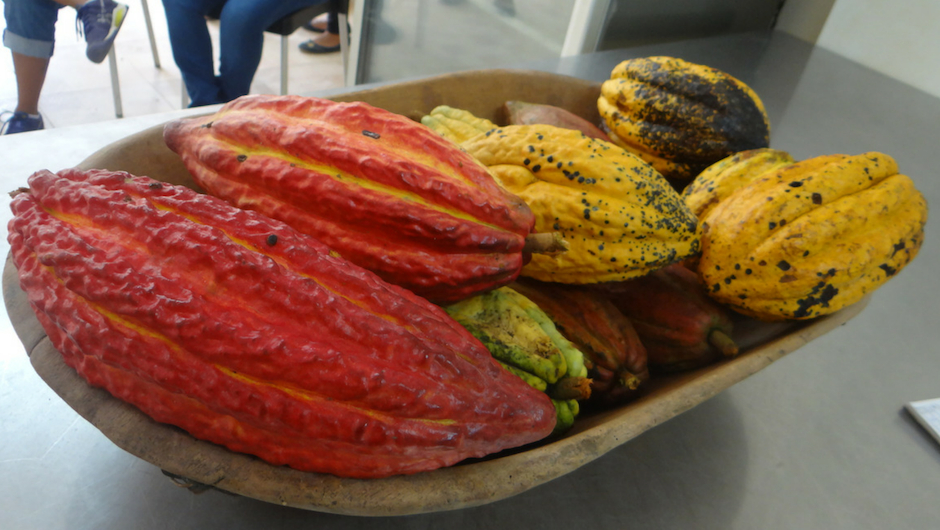 For its part, the Inter-American Foundation (IAF) is supporting a dozen organizations that are working with small land-holder producers of cocoa, including Ya’axché Conservation Trust in Belize, Fundación ProPetén in Guatemala, Talamanca-Caribbean Biological Corridor Association in Costa Rica, Asociación de Producción de Cacao y Derivados “Aromas del Sur” and Fundación para la Vida Sostenible Yanapuma in Ecuador. These farmer groups are seeking to increase productivity, looking to economic alternatives to improve their living conditions, and committed to working cooperatively and learning from each other. The range of their production, from artisanal to organic cocoa, is what enables us all to keep enjoying chocolate just as the Maya and Aztecs did. 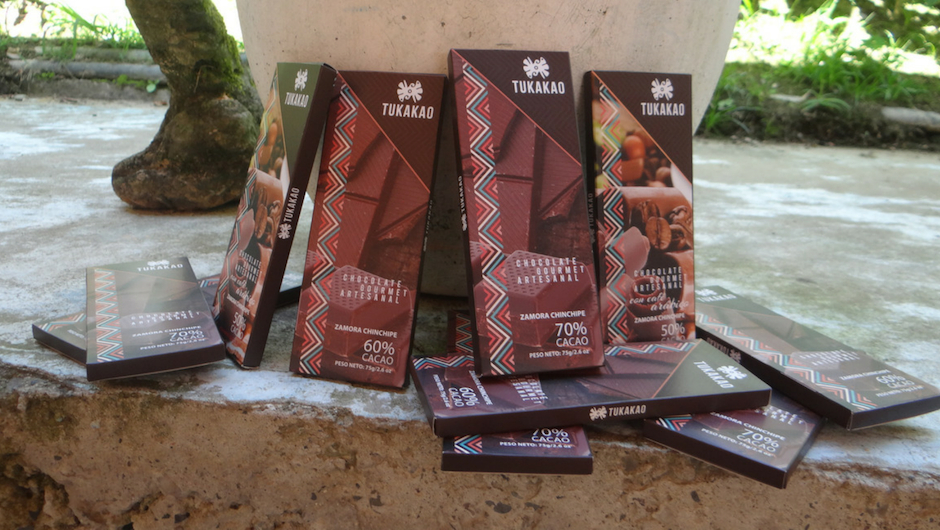 For two weeks, we are publishing a series of articles about cacao entitled “Food of the Gods” about how the IAF’s community partners are adopting organic production, learning to commercialize their cacao products, improving their livelihoods, and sharing their knowledge. The series title draws from the Latin term for cacao, Theobroma, which means “food of the gods” and speaks to how cacao’s legendary derivative – chocolate – is beloved across the globe.

Grantee Partner Interview: The Importance of Jobs for Building Peace