Brazil’s quilombola communities began in the mid-1500s when groups of Africans and Afro-descendants escaped slavery and banded together in close-knit communities to resist recapture, occupying hard-to-reach lands outside plantations. By 2020, there were nearly 6,000 quilombola communities across 24 of Brazil’s 27 states. The IAF has had the honor of collaborating with quilombola groups for two decades, including current grantee Associação Quilombola do Povoado Patioba (AQUIPP) and recent former grantee Associação dos Agricultores Agroflorestais de Barra do Turvo e Adrianópolis.

Aided by Indigenous groups, quilombola communities developed successful strategies for living off the land in relative isolation. Quilombola founders brought with them seeds and knowledge of how to harvest those crops. They planted red field rice from West Africa and sugarcane and corn seeds they brought from the plantations. Indigenous groups taught them to harvest and process other staples like manioc, an edible root. Like Indigenous communities, quilombola communities manage their land communally. They don’t fence off plots for individuals and they farm as a group.

Quilombola farmers connected with nearby villages and began supplying agricultural produce and livestock to city dwellers, integrating themselves in local economies and carving out a social niche while navigating the ongoing threat of violent subjugation. Over the centuries, quilombolas have preserved heritage seeds and planting practices and have passed on much of that knowledge to neighboring small farmers. Quilombola farmers have developed sophisticated agroforestry systems, covering thousands of hectares of Brazil with fruit trees for economic production planted among native trees and plants. This approach has guaranteed the communities’ income and food security. 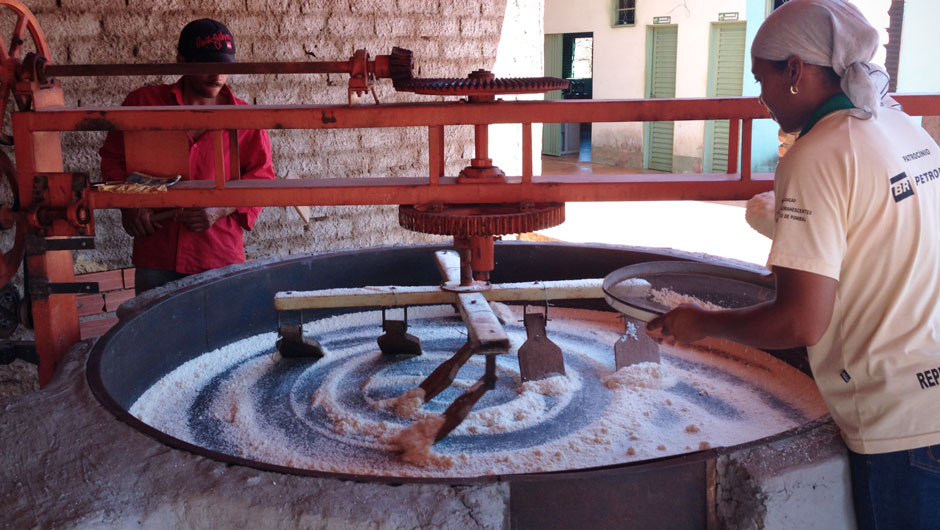 When Brazil became the last country in the Americas to abolish slavery in 1888, quilombolas could finally live freely without fear of recapture.

Quilombola communities came into the national spotlight as part of the Afro-Brazilian movement in the late 1900s, reclaiming their cultural identity and demanding respect for their rights. As Brazil drafted a new constitution in 1988, Afro-Brazilians presented their concerns and demands to the Constitutional assembly. Their efforts resulted in a Constitutional article that acknowledged quilombolas as a cultural group and granted them titles to the lands they have historically occupied. The Brazilian Constitution also created Fundação Palmares, a government entity dedicated to recognizing quilombola lands.

Over the last three decades, more than 3,000 quilombola communities in Brazil have come together to grow local economies, defend their land rights against illegal land grabbing and encroachment from nearby cities, and protect their culture. Today, they have strong state and national quilombola commissions that work with policymakers and the judiciary to make sure their rights and constitutional protections are in place. A large collection of quilombola associations and civil society organizations work with their communities through grantmaking, technical support, and legal assistance.

These organizations partner with public and private institutions to unlock investment, services, and enforcement of anti-discrimination protections to ensure that their communities can continue to thrive. Quilombola organizations like IAF grantee partner AQUIPP educate the wider Brazilian society about Afro-Brazilian culture, equal rights, and the harmful economic and societal impacts of discrimination. The quilombola commissions also advocate with the public and private sectors to resolve issues such as discriminatory pricing of goods and services and inadequate education and health services that force quilombola residents to travel long distances to reach schools or clinics.

Quilombolas have lived for generations in geographically isolated and close-knit communities, developing a unique fusion of African, mestizo, and Indigenous influences. For example, they have modified European chamber music into a style of music played with  stringed instruments they call flamenco. They’ve been passing on their ancestral Afro-Brazilian music, dance, food, and language from generation to generation, while seeding a broader cultural legacy in Brazilian society as a whole. Elders in quilombola communities work to transmit their pride in their unique heritage and history to younger generations. For example, AQUIPP trains young people from quilombolas on their positive contributions to Afro-Brazilian culture and history so they become ambassadors outside their communities. 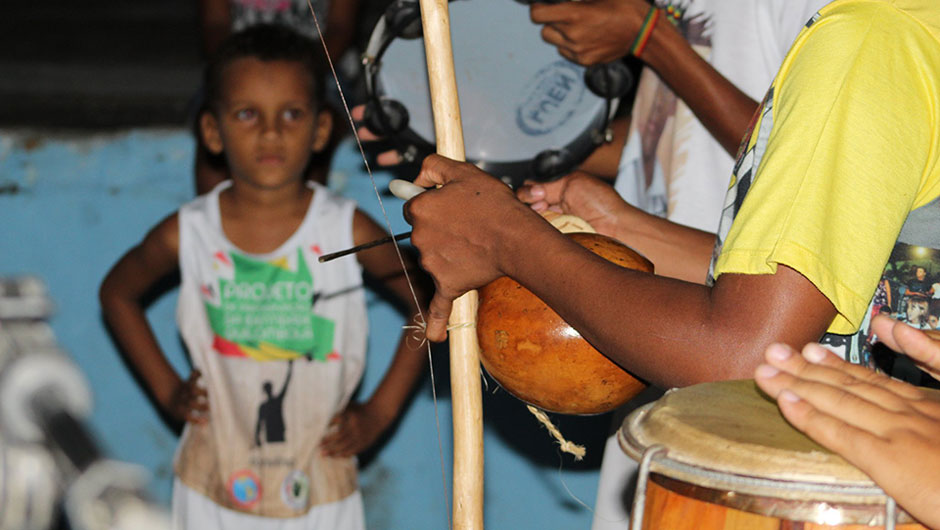 At the IAF, we’re proud to support quilombola organizations and communities in their efforts to spur local economic development, improve local livelihoods, defend their rights, and build on their cultural heritage. More than five hundred years of resourcefulness have prepared quilombola communities to turn obstacles, like the COVID-19 crisis, into opportunities. In response to the pandemic, AQUIPP purchased locally-sourced personal protective equipment for its community, Patioba, and shared accurate public health information to detain the spread of the virus. Another grantee partner, Cáritas Brasileira Regional do Maranhão, has worked with twenty quilombola communities to develop mechanisms to safely maintain their crucial agricultural trade, such as socially distant farmers markets and contactless home deliveries in northeastern Brazil.

Local Philanthropy: A Sustainable Solution for Community Development throughout Latin America and the Caribbean

Afro-Latinos Count Themselves In

Afro-Colombian Women’s Vision for Tourism to Benefit Everyone