While most of us would be hard pressed to remember what we were doing at 1:14 on the afternoon of Tuesday, September 19, 2017, many Mexicans will never forget the moment when a 7.1 magnitude earthquake shook the country, resulting in hundreds of lives lost and billions of dollars in damage.

Mexico is marking the one-year anniversary of the earthquake, which laid bare the poverty and precarious existence of thousands of people in the country’s central and southern states. Although a year has passed, Mexicans continue to grapple with the emotional and economic toll of the disaster. The demolition of damaged structures, reconstruction of homes and buildings, and delivery of assistance to affected communities has been frustratingly slow.

The Inter-American Foundation (IAF) has invested in the development of community foundations in Mexico for the past two decades, many of which operate in areas directly affected by the earthquake. These local foundations have the potential to help communities bolster their resilience to natural disasters and thus quickly recover from these kinds of events. Soon after the earthquake, the IAF connected with its Mexican community foundation partners to determine the medium to long-term post-recovery priorities of affected communities. And in November 2017, we partnered with the C.S. Mott Foundation to launch the Partnership to Support Post-Earthquake Recovery in Mexico. Eager to support their sister organizations in a time of need and sharing the IAF’s belief in the important role of local foundations in post-disaster reconstruction, the El Paso Community Foundation, International Community Foundation, and Silicon Valley Community Foundation soon joined the effort. 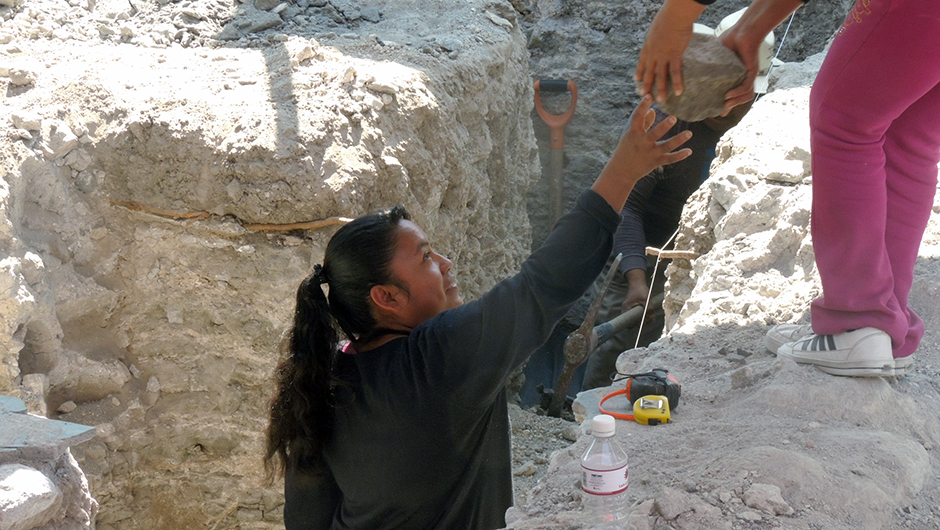 Community members in a town in Mexico rebuilding after the 2017 earthquake.

The Partnership seeks to support the long-term disaster recovery and rebuilding efforts of Mexican community foundations in the areas most severely affected by the earthquakes, including: Oaxaca, Morelos, Puebla, and Mexico State. Because these local foundations know best the needs of affected communities and have the networks by which to support the most people, the partnership puts them in the driver seat in the design and implementation of local projects. The IAF and its U.S. based community foundation partners are providing matching grant funds to the local resources mobilized by Mexican community foundations.

The IAF issued a call for proposals in the Spring of 2018 and awarded a first round of grants in July to Fundación Comunitaria Malinalco, Fundación Comunidad, and Fundación Comunitaria Oaxaca. These foundations in turn, mobilized local and national resources to match our core funding by more than 1:1. Today they are pioneering disaster recovery and resilience projects that: 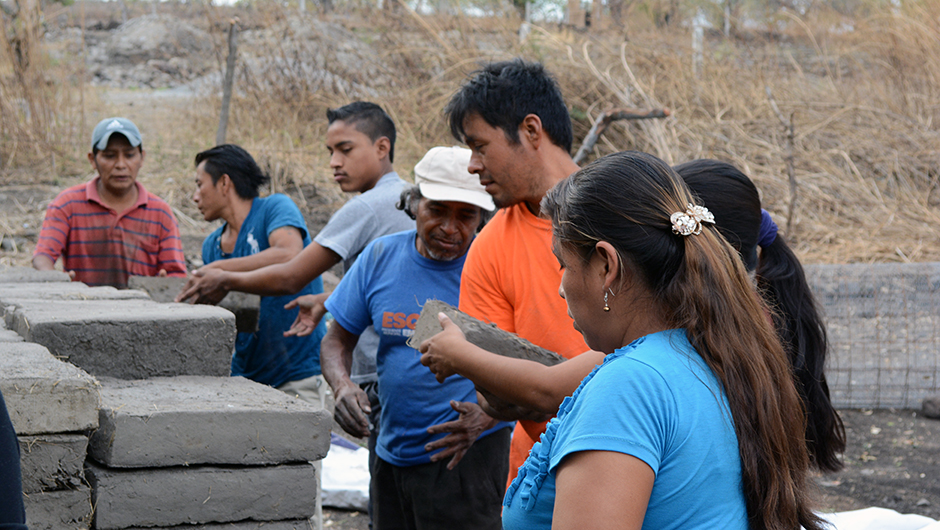 One year after the 2017 earthquake, communities in Mexico are still working hard to rebuild.

This first round of grants focused on long-term recovery are an important follow-on to the charitable donations that focused on alleviating the immediate needs of earthquake victims. That type of aid, while important in many ways, can also weaken the social fabric of communities by creating competition for funds among neighbors and even families. Fundación Comunitaria Malinalco’s Director, Caroline Auvinet, emphasizes that in a context of massive flows of aid, maintaining a focus on inclusive recovery and development has been challenging. To ensure the long-term success of recovery efforts, it is important to “encourage participation and community ownership,” she says, “and to create well-planned strategies in which co-participation is the key ingredient.”

The IAF recently issued a second call for proposals for technical assistance on disaster preparedness to continue supporting these locally-led reconstruction efforts. This call seeks to identify organizations that will facilitate training and peer learning for Mexican community foundations in their roles preparing for and recovering from an array of disasters such as earthquakes, hurricanes, floods, and drought. It will also include seed funding for Mexican community foundations to implement local-level action plans for disaster preparedness in communities where they work. 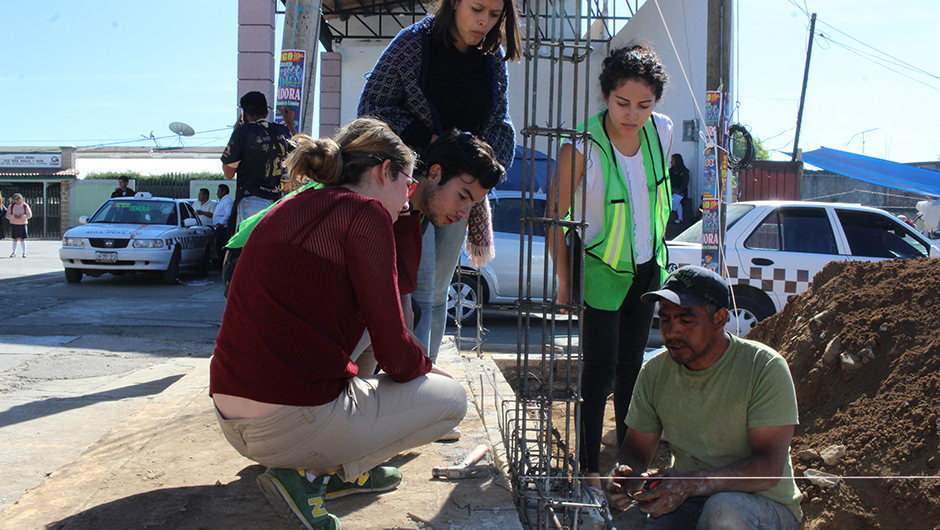 Encouraging young people to participate in rebuilding efforts is important to long-term resilience.

The Partnership to Support Post-Earthquake Recovery in Mexico is helping community foundations create a new paradigm for approaching natural disasters: bottom-up, grassroots-level partnerships increase resilience. Echoing this sentiment, Isabel Hernández Vega, Director of Fundación Comunidad, points to a silver lining from the 2017 earthquake: “Even though it is a tragedy, a natural disaster also presents an important challenge to the status quo, and contains a seed of opportunity to break ingrained, rigid societal structures that maintain poverty.”

Mexico cannot change its geographic and tectonic attributes: the earth will shake again and hurricanes will pass through in the future. Mexican community foundations in partnership with the IAF and partner foundations in the United States, however, are helping shape a future in which they, and the communities they support, are better prepared to manage those disasters.

Local Philanthropy: A Sustainable Solution for Community Development throughout Latin America and the Caribbean

In It for the Long Haul: Community Foundations and Resilience in the Face of Disaster

In this month’s Meet the IAF interview, we feature one of our Grant Assistants, Sara Vargas, who works closely with IAF Foundation Representatives to ensure that IAF funding effectively catalyzes the innovative ideas of marginalized groups.

Two IAF grantees in Paraguay show how a grassroots approach to development can be successful for managing forests.