The Ties That Bind

In the years that I worked with the Salvadoran and Peruvian diaspora in support of grassroots development initiatives in their communities of origin, I heard testimonials that spoke to the pain of family separation. However, none of those experiences quite prepared me for my May 2018 visit with family members of migrants in San Francisco Tetlanohcan in Tlaxcala state, Mexico. As the conversation began, my hosts ticked off the number of years they had been separated from family members who had migrated: five, eight, 15 years. The emotion was raw, just below the surface. Many people cried. The members of the group lean on each other for support, but, far from resigning themselves to their situation, they are organizing to make their community a place worth living in.

The group has channeled its energy and dreams into Asamblea Popular de Familias Migrantes (APOFAM), the largest organization in Mexico dedicated to improving the lives of families of migrants. APOFAM’s mostly female membership of 200 hails from the states of Oaxaca, Tlaxcala, the State of Mexico, Guerrero, and Puebla. The group members are bound by the shared experience and emotional impact of living apart from their loved ones, most of whom are in the United States. 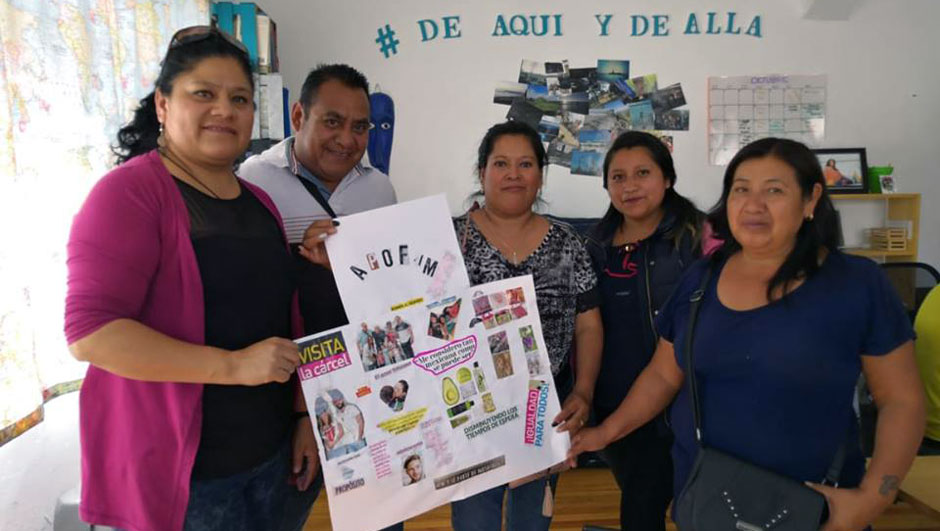 Families with close relatives abroad face challenges that include raising children alone, children having difficulty maintaining school performance, and suffering from depression as a result of separation. Remittances sent home by migrants are often only sufficient to satisfy basic needs and, if there is any money left over, the lack of financial education can lead beneficiaries to make less-than-ideal investments. For their part, people who return after years abroad find few opportunities for social, economic, and cultural reinsertion.

APOFAM members lead economic initiatives that supplement family income, such as agriculture, textiles, food preparation, and community stores. They also write and perform plays and dances that highlight their culture and the history of their communities. Such cultural initiatives can engender pride and link people to their hometowns. A sense of belonging is important to the families that remain behind as well as to those in the diaspora who seek to maintain a relationship with their home communities. 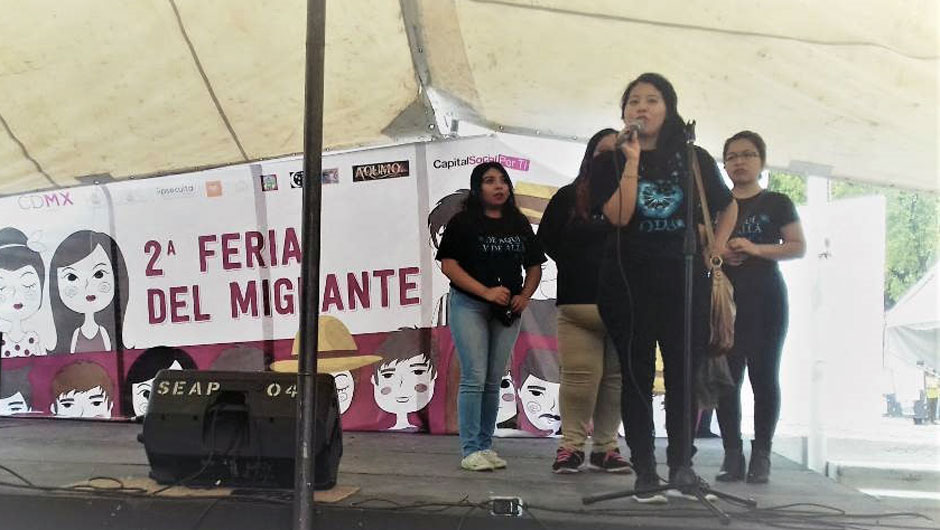 Economic and cultural activities are organized by APOFAM

IIPSOCULTA Coordinator Marco Castillo notes that APOFAM members move from a “passive way of life, often feeling empty because of the absence of a migrant, to a way of life that is analytical, conscious and active in the face of the circumstances created by migration.” APOFAM’s dynamic members push for improvements at home while maintaining transnational linkages with those who have left through video, Facebook, email, and occasional cultural exchanges visits.

APOFAM member Micaela Rodriguez says that participating allows her to develop as a person and to play a broader role in her community. She has gained communication and organizational skills and shares her skills and experiences with people dealing with the same pain of separation.

As you read this, APOFAM’s members are busy planning both economic and cultural activities that will generate opportunities for people to engage in their communities in productive ways. Castillo notes that the challenge they face is daunting: “The migration experience often individualizes, isolates, and de-motivates communities of origin. Remittances themselves can be a tool that, under the guise of economic independence, actually breaks the bonds of community collaboration.”

In the face of these individual and family hardships that migration can generate, APOFAM is rebuilding the social fabric and sense of community. For Micaela Rodriguez and her colleagues, the dream is to welcome additional families and create an environment where people don’t feel the need to leave – and where those who return home are welcomed and integrated back into the community.

The Ties That Bind

Video: Women Claiming Their Rights For Peace in Colombia

Finding Home in a Crisis: Venezuelan Migrants in Brazil