Carrying the Load: A Haitian Grantee’s Tenacity through a Decade of Natural Disasters

From earthquakes to floods and now COVID-19, Haiti has been severely tested over the past few decades. As the poorest country in the Western Hemisphere, Haiti has struggled not only with natural disasters, but migration, political violence and governance challenges, and overall poor economic and social development indicators. Through it all, however, one thing remains constant—the resilience of the Haitian people. Locally-based organizations have repeatedly proven that they are the first responders most capable of identifying their members’ and communities’ needs, especially those in hard-to-reach areas. Using their knowledge, networks, and resources, these organizations have responded to crises in an immediate, organized, and culturally-appropriate manner.

2010 Earthquake: Providing the Seeds of Recovery

The 2010 earthquake had a devastating impact on the lives of many Haitians. While the international development community concentrated billions of dollars worth of aid in the capital, Port-au-Prince, rural Haitians received less attention. Farmers found themselves stretching already meager resources to care for displaced relatives as an estimated 500,000 urban Haitians sought refuge in rural areas.

Haiti: Five Years After the Earthquake from Inter-American Foundation on Vimeo.

The IAF took immediate action to support our local grantees, supplementing existing grants with emergency funds and redirecting prior funding. For example, prior to the earthquake, our grantee Mouvement Paysan 3ème Section Camp-Perrin (MP3K) had been providing training, seeds, and capital to farmers in Camp Perrin to help them boost production. We invested an additional $58,660 in MP3K to support community members displaced by the earthquake. With these funds, MP3K gave farmers yam seedlings and agricultural training to generate a reliable food supply and a source of income. In addition, the organization used our funding to distribute food to quake victims, and provide displaced children with partial scholarships to continue their primary education. In 2014, MP3K received a United Nations Development Program’s Equator Prize for raising community incomes by 200%. 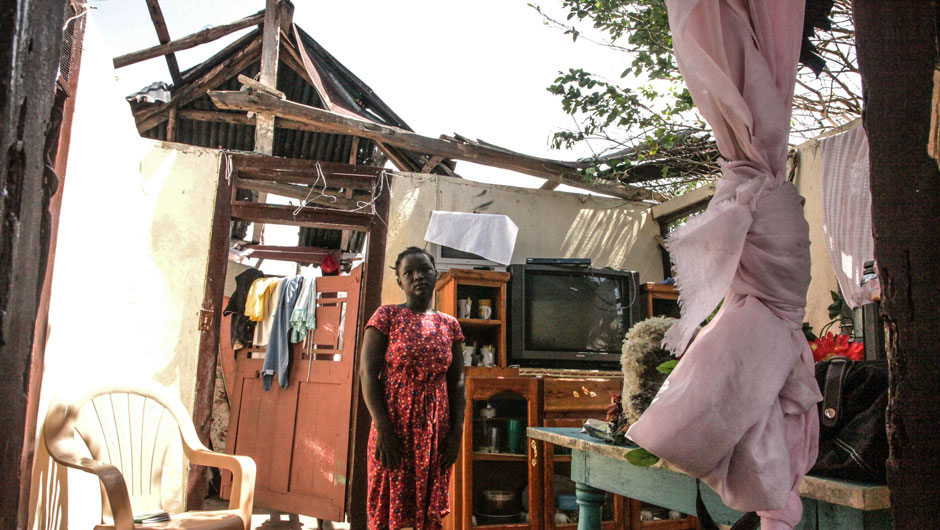 Our past investments in Haiti paid off during and after Hurricane Matthew in 2016. Camp Perrin residents sheltered in a storm-resistant building that MP3K had built with IAF funds. In the hurricane’s aftermath, the organization activated the medium-term planning ability it had honed through years of working with us to help community members recover quickly. It obtained seeds to plant before the rainy season so as not to depend on humanitarian aid. It also repaired a purification system that supplied clean drinking water to 20,000 people and helped community members rebuild economically by introducing a higher-yielding yam variety to their gardens. By improving production, farmers could better feed their families and generate a source of income. This support further strengthened MP3K’s reputation in Southern Haiti as a leader in times of crisis. “MP3K has become a reference for other grassroots farmers’ organizations in the south,” in the words of Cine Institute. “It trains farmers from all over southern Haiti in agricultural techniques an